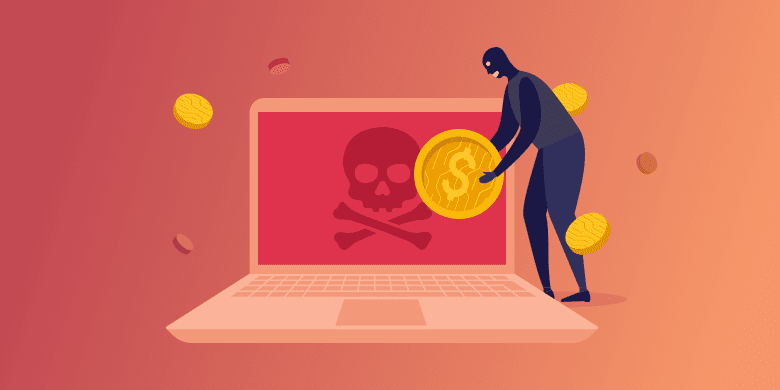 An Introduction to Crypto

Cryptocurrencies are becoming increasingly popular. What started as a trend or fad has become more mainstream, and once unapproachable or unrecognized currencies like Bitcoin and Ethereum are becoming household terms and moving into financial markets around the world. These days, crypto is often offered as payment method on popular online sites and marketplaces alongside standard methods like credit cards or PayPal, and it’s likely it will become more omnipresent as time passes. There are even cryptocurrency ATMs popping up around the country! All this means crypto is more approachable to everyday users and the population at large then it’s ever been.

But what is cryptocurrency, exactly? How does it work? And more importantly, is it safe? We’ve talked about crypto before, but here in this post, we’ll look at some of the risks of using crypto, including a practice called cryptojacking. But first, let’s take a step back and define what crypto is and how it’s used around the world. 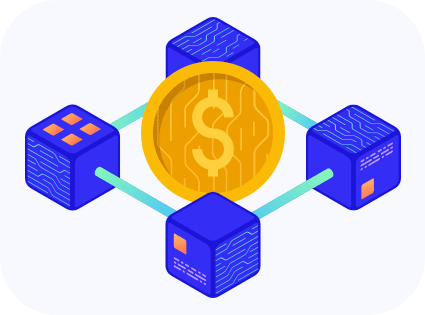 On a basic level, cryptocurrency, or crypto for short, is an electronic or digital cash system. Crypto functions outside of any central institution that backs traditional (fiat) currency. This means it doesn’t rely on banks – nor third parties – to verify transactions or to produce new money. Instead, it works using technology called the blockchain. The blockchain is a distributed ledger which is immutable (not able to be altered) and allows for direct, peer-to-peer interactions. Crypto ledgers are publicly maintained, and not controlled by any one entity. In fact, one of crypto’s main draws is the fact it’s decentralized. Today, there are over 3,000 cryptocurrencies according to some sources.

The blockchain is the backbone of crypto. It is comprised of “blocks,” as indicated by its name. These blocks are sets of transactions combined together, and built by crypto miners. As described by Kapersky, the process goes as follows: “To produce new blocks, cryptocurrencies rely on individuals to provide the computing power. Cryptocurrencies reward people who supply the computing power with cryptocurrency. Those who trade computing resources for currency are called "miners".” Miners can be individuals, but when it comes to the largest currencies there are often teams of miners running equipment that is wholly dedicated to the act of cryptomining.

Unfortunately, due to the fact crypto represents a store of [potentially high] value, it is frequently and increasingly a target of cybercrime. There are a variety of types of crime that may affect those who use crypto, from cryptojacking to crypto mining malware, and even a bitcoin miner virus. We will explore the question “what is cryptojacking?”, the cryptojacking definition and related concepts below. How Does Cryptomining Work?

Cryptomining refers to the process of a computer, or a set of computers, attempting to solve complex algorithms in order to add a new block to the blockchain. The computing power is used to generate the new block, or new units of cryptocurrency, which represent profit for the person creating it. Cryptomining is a positive for many people, as it allows for the generation of revenue from any location around the world. It also bolsters the larger crypto financial market. Some downsides of cryptomining include the fact it requires a huge amount of computational power, which equates to a huge amount of electricity or power, which comes at a cost and may also have environmental ramifications. Additionally, a large amount of upfront capital is needed to invest in both equipment that is powerful enough to solve the algorithms, plus the electric needed to run the equipment. Most crypto mining operations rely on dedicated machines; if mining is attempted with a computer doing anything else, it becomes all but unusable due to resource constraints.

“What is a cryptominer, then?” It is someone who mines cryptocurrency. Cryptomining becomes a crime - and a cryptominer a “bad guy” - when a bad actor commandeers an unsuspecting machine to complete these operations of cryptomining. Cryptojacking takes the burden and costs associated with cryptomining and puts them on other people, using their machines to mine without consent and then subsequently stealing the profits. Cryptojacking is a type of cryptomining, and falls under the umbrella of cybercrime. The cryptojacking definition refers to the process of taking over or accessing someone else’s device, then using the resources of that device to mine cryptocurrency without the victim even knowing. A “cryptojacker” gains unauthorized access to their targeted device and mines currency, keeping whatever they make as profit.

Cryptojacking is on the rise. It’s become so bad in recent times that web giant Google started intentionally pulling applications that assist with cryptojacking from its Chrome store. There are several types of cryptojacking that can take place, making attacks both threatening and potentially hard to deal with.

To participate in cryptojacking, a bad actor must first take over an unsuspecting victim’s machine to commandeer the resources. This crypto miner malware can be introduced into an unsuspecting machine in a variety of ways, including as file-based, browser-based and cloud-based malware. Most often, cryptomining malware is introduced via a malicious email. When a user clicks the email, the malware is introduced on their computer without their consent. Another way this can happen is through introduction of a cryptojacking script which runs behind the scenes on a website. This method is explained in more depth below. Some types of bitcoin mining virus can also be introduced by visiting an infected website.

One method of cryptojacking is browser-based JavaScript cryptojacking, or JavaScript mining. In this browser-based cryptojacking, an internet user is tricked into accessing a website that has code hidden behind-the-scenes. The code hosts cryotmining JavaScript, including the well-known coinhive or coinimp scripts (formerly available on the Google Chrome store). The script executes and uses the machine’s resources, like CPU cycles and energy, to work on mining computations for the duration of time a visitor is on the site.

In some instances, when the mining JavaScript is hosted intentionally by the site owner, it isn’t a malicious act. Sometimes, this is even done in place of showing ads for revenue. In these cases, it’s essential the website notify visitors of the situation. When sites don’t disclose to visitors what is going on behind-the-scenes, however, things turn from harmless into a crime. Most often, though, this is not the case and this typing of mining is cryptojacking conducted by hackers. If a third-party bad actor that finds a vulnerability or backdoor to a website, they can inject code to initiate bitcoin browser mining and create two victims along the way - the site owner and visitor. The hacker configures their routing information within the code and receives the profit into their account or wallet directly. This implementation of bitcoin mining malware takes place entirely within the browser, as indicated by the name.

Local machine cryptojacking is the most common form of cryptojacking, and what people often think of when they think of this malicious crime. It's a type of file-based cryptojacking, and refers to the process of an unsuspecting internet user downloading a malicious file onto their machine. The file, often referred to as crypto mining malware or mining malware, contains a script which will begin to cryptomine without their knowledge! It can also be introduced as a part of an application. Most often, this mining malware is introduced through emails or attachments and can be difficult to detect. If you are wondering how to tell if you have a bitcoin miner virus, keep reading to learn about the signs, as well as evidence, of a mining virus or a cryptocurrency virus on your machine.

The third type of cryptojacking, server or cloud-based cryptojacking, refers to an attack perpetuated against companies that offer cloud services. This type of mining virus is highly-effective; instead of impacting a single machine it has the potential to infect a huge number of machines connected to the broader server network. This often is the most lucrative for hackers as cloud servers are generally powerful and their crypto mining malware can easily spread throughout a wide network. This type of mining malware isn’t as common as other types of cryptojacking, but because of the magnitude of the consequences it should nonetheless be a threat all internet users are aware of. How to Detect Cryptojacking

Often, it can be very difficult to tell you are being cryptojacked. One of the main elements of cryptojacking, as mentioned above, is that it occurs without a person’s knowledge or consent! While there is no one cryptojacking test, there are some signs that may indicate you are a victim. If you are wondering how to detect cryptojacking, or how to scan for bitcoin miners, one sign to look for is if your computer begins to overheat or use its fans more than normal. While this could be an unrelated issue, it may also indicate that a large amount of energy is being used, which is one symptom of cryptojacking. Overheating also means that your computer’s battery will likely start draining faster (assuming you’re using a laptop), so if the battery seems suddenly weak, that could be a sign. Another way to check for cryptojacking is to monitor your CPU usage in task manager. Cryptojacking generally uses up a lot of processing power, so any spike or change in usage may indicate an issue. Similarly, if your computer is acting extremely slow it may be related to the limited bandwidth available due to cryptomining. Using anti-virus software can also help with bitcoin mining malware detection and assist in discovering any malicious issues like cryptojacking.

If you want to take a proactive approach to the prevention of cryptohacking beyond being aware of the signs, there are a few things you can choose to do. One main thing, which is a part of most cybersecurity precautions in general, is to be wary of anything downloaded online - especially from emails, untrustworthy sites and any other platforms you don’t fully trust or know. Using anti-malware software is also highly recommended as it can be one of the only ways to prevent a cryptojacking problem from worsening, especially in the case of bitcoin browser mining. There are also extensions for several browsers available that prevent cryptojacking scripts from executing. Some of the most popular cryptojacking blockers include extensions Minerblocker and mining blocker.

Cryptojacking falls under the umbrella of cybercrime, and is just another example of how risky the internet can be - and how important it is to take proactive measures to protect your privacy. Online threats continue to rise as more of our lives play out online, and cryptojacking crimes are likely to continue to increase. As a company dedicated to internet privacy and security, we feel it’s important to educate internet users on the risks and provide them with knowledge on how to improve their privacy. Even though a VPN can’t protect you from cryptomining specifically, a VPN for cryptocurrency can help keep you safe when transacting in crypto and accessing the crypto marketplaces you want around the world.